Moving with a Large Family: Part 2

So, we took an early plane into Chicago and made our way over to the very first house on our list.  There was a small problem.  When we pulled up to the front door, the owners were still at home!  There was a mix up on the times, so we waited a few moments while they headed out.  We quickly walked through the house, both my husband and I were silent as we tried to envision our family living there. 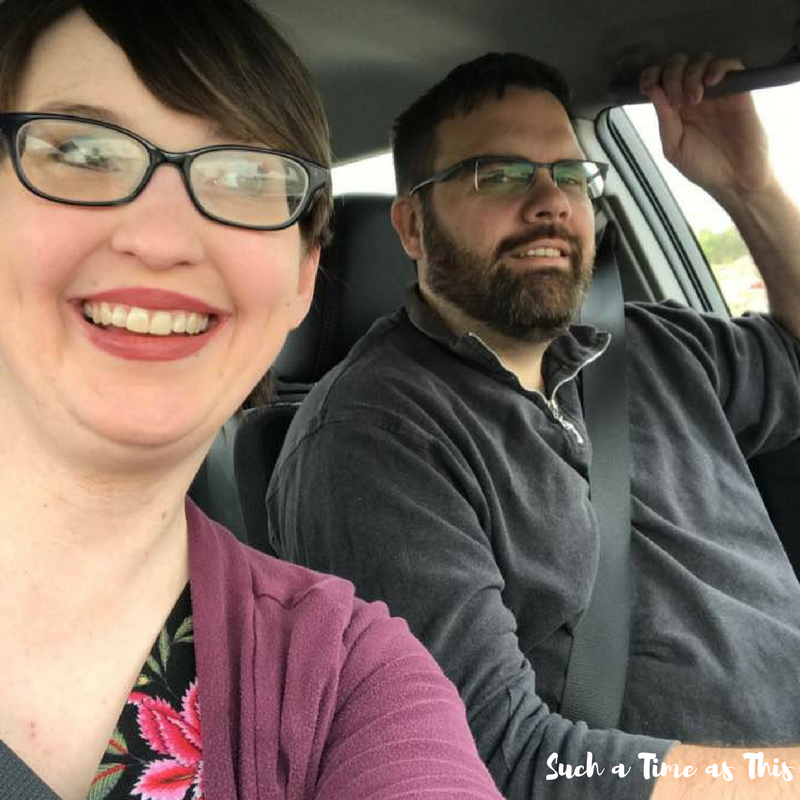 Waiting in the driveway … ready to look at houses!!!

I mentioned, in my last post , how we made a list of what we were looking for.  My ideas have changed somewhat over the years, especially with the more kids we’ve had.

One thing my hubby and I had agreed upon was a garage big enough to fit both of our vehicles.

We had talked some about yard size (I wanted bigger and he wanted smaller).  We had also talked about how many bedrooms and bathrooms we wanted/needed. 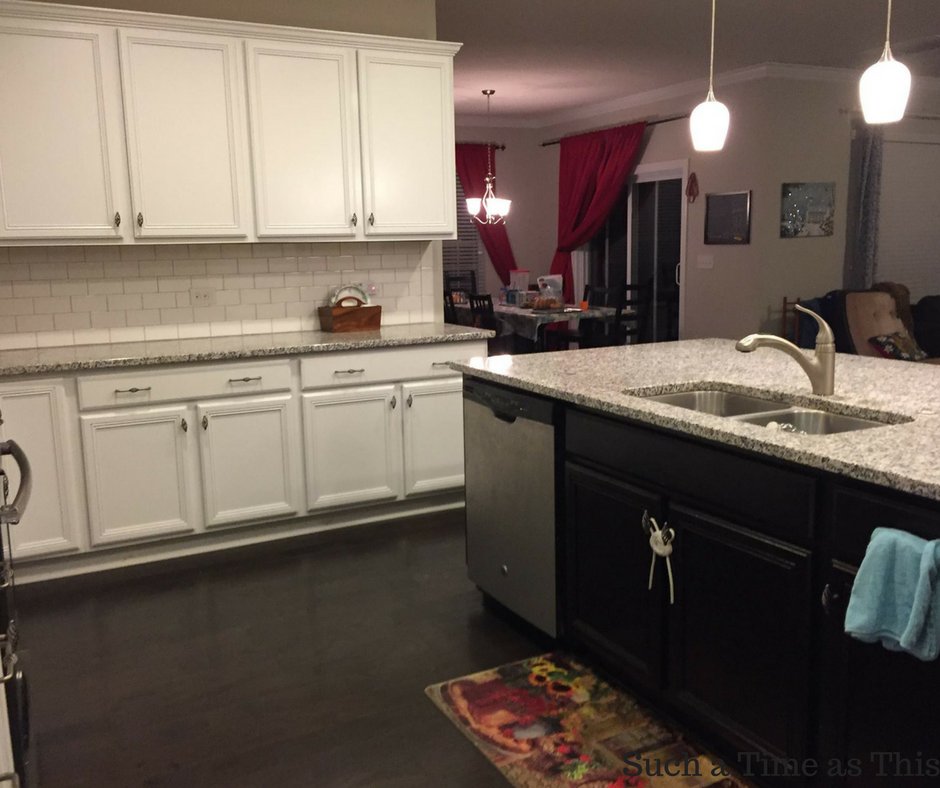 I’m well aware that there are people out there who live in tiny houses and have big families.  In fact, my friend moved to a lovely, lovely area called castle rock colorado with a family of 7 and they have 3 bedrooms and 2 bathrooms and apparently they’re thriving! But, that isn’t us.

I need my space or I get a little antsy.  So, for us 2700 square feet was our bare minimum.  We also talked about what we were willing to compromise on as far as bedrooms and bathrooms.  Two bathrooms seemed too small. 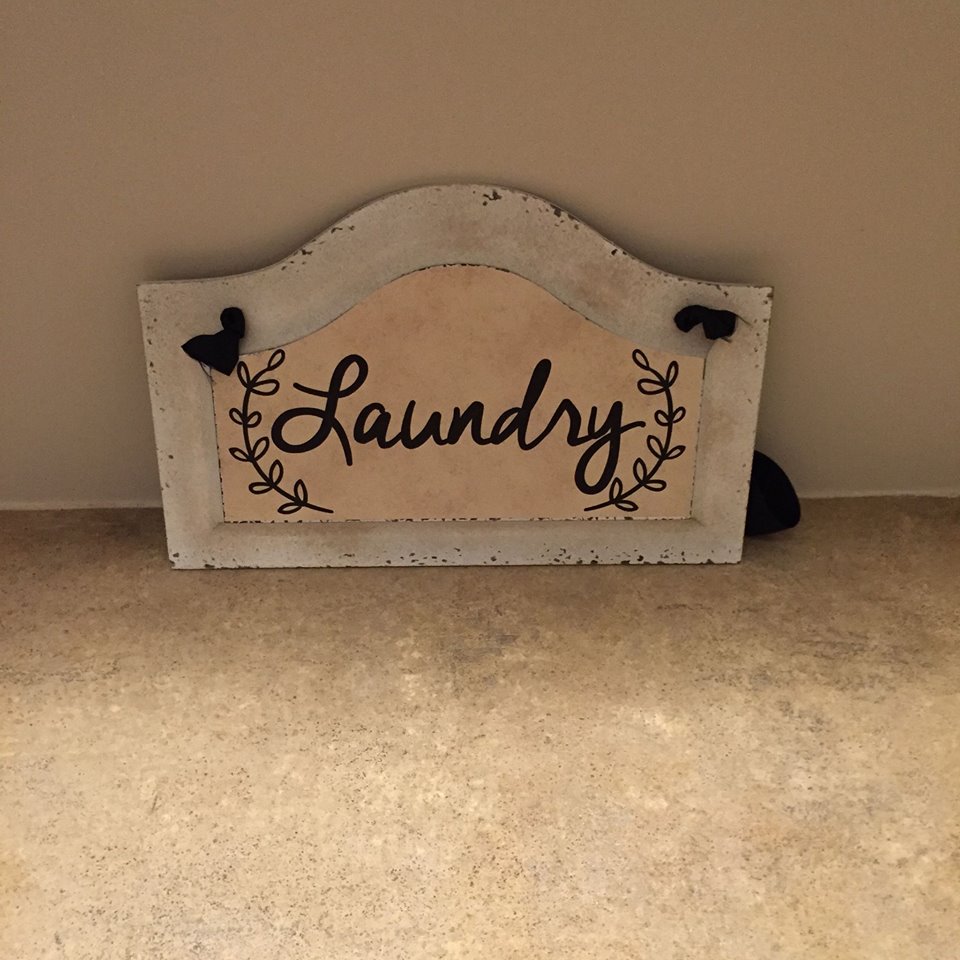 We were willing to compromise in some areas but not others.  For instance, one of my longings was for a large laundry room and perhaps even 2 laundry rooms (it is my dream).

I also love large kitchens and place at the island for all the kids.  Next on our list was a mudroom.  We have so many bags, backpacks, shoes, boots, coats.  You get the idea.  Trying to store that by our front door is a bit of a nightmare. 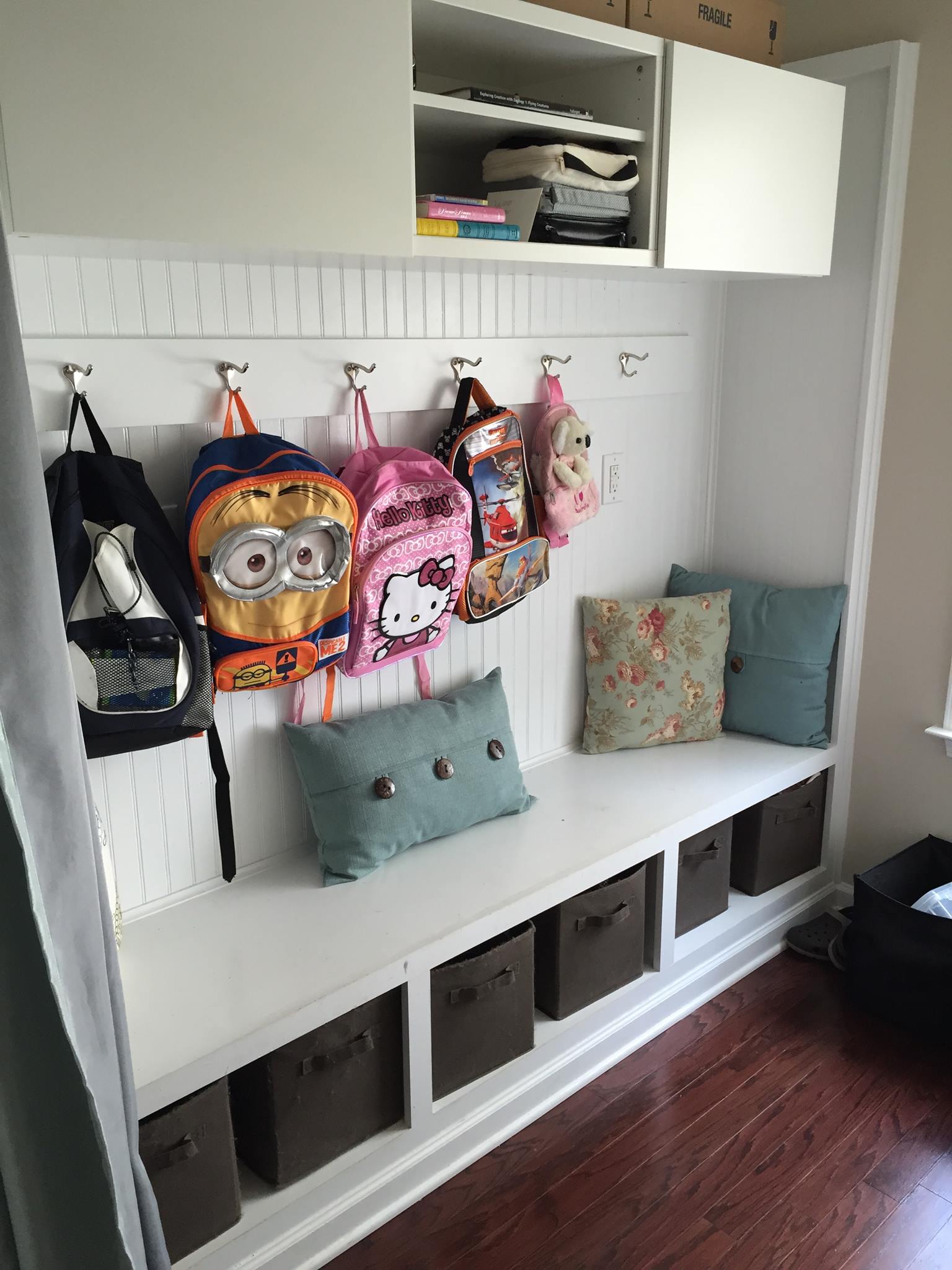 Our old mudroom that we really loved (and used a lot!)

Also, over the years I began to really dislike open floor plans.  What started out as seemingly a good idea, had turned out to become noisy and messy with this many kids.

I like enclosed spaces away from other people.  I like having a quiet nook where there isn’t a television screen, where I can curl up with a good book.  I also like cooking where I don’t have kids running through and creating chaos.

I don’t mind some open parts of the house, but the more “spaces” the better in my mind.  I also realized, in my house looking, that too much open space with balconies can create chaos.  What looks beautiful in pictures, causes issues when you add in 3 kids 5 and under. 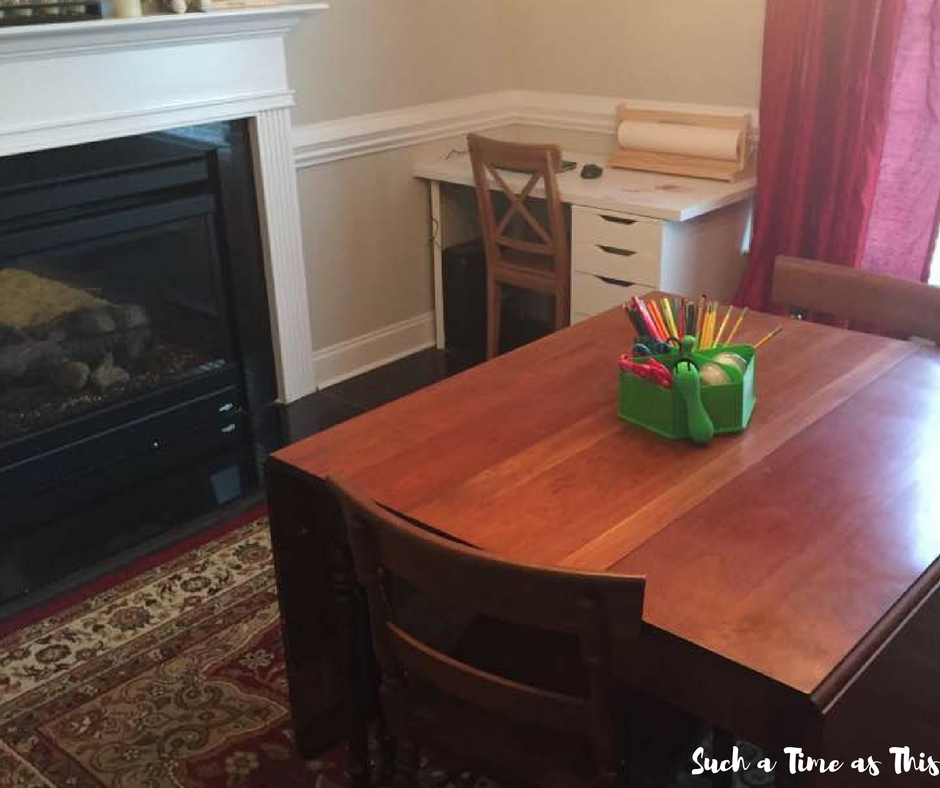 Moving with a large family is a lot of work.  Both my husband and I had mostly the same opinions in mind – but we wanted most of all was what was best for our family.  While I say all that, rest assured that we knew we had to find a house and find one in a hurry.  So, we were willing to compromise where we needed to.

The only thing my husband commented on as we walked through the first house was that he had measured the garage and it was big enough to house both of our vehicles (and we do have one really large van.)  I walked up stairs and realized there were 5 bedrooms upstairs and 3 full bathrooms.  Huge plus. 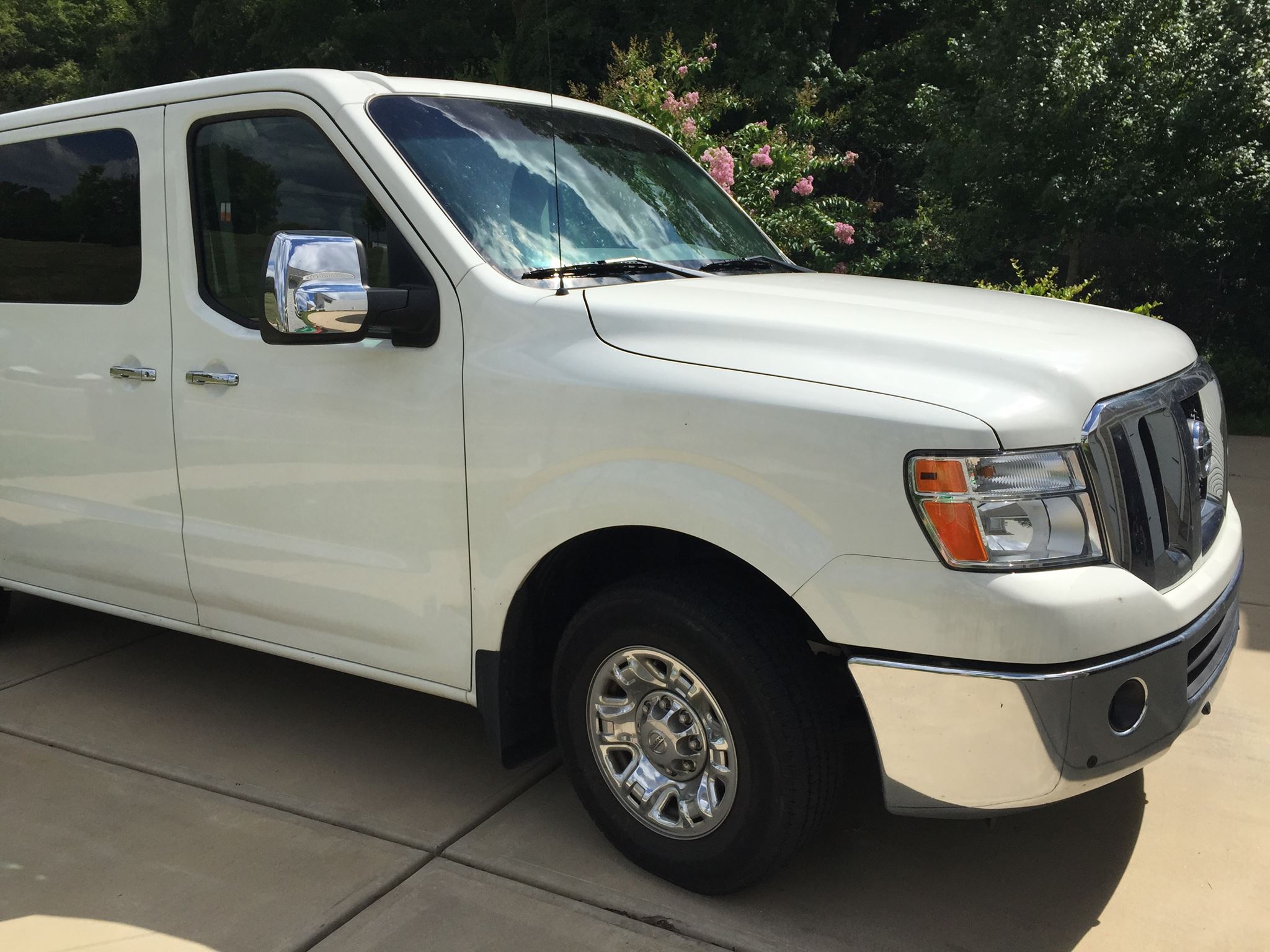 There was a laundry room upstairs and right next to it was walk-in closet that would be perfect for a family closet (for our younger kids).

I met up with my hubby upstairs who was really into this house.

We both liked the rather large mudroom that was right off the garage, too.  I was worried the kitchen was too small for our needs and the yard wasn’t too big, either.

Because we needed to move on to our next house appointment, hubby asked me to quickly jot down some notes on what we really liked about the house and then we jumped in the car and made our way to the next house.  Then the next house. And the next one.

There were several in a row that were a total no from the get go.  We couldn’t even consider them once we saw them.

Two houses didn’t have fenced yards and they weren’t allowed to.

One of these houses had a large pond in the back yard.

Yikes.  Not going to work with all these kids.

One of the house was filled with a smokey smell that would be terrible for my asthma.

What you can’t tell in the pictures, you can certainly tell when you walk through the doorway.  That one was a glance at the realtor and then we headed back out the door.

Then there was a house that I really loved and my husband definitely did not.  I still can’t quite figure out what he was seeing vs. what I was.  But we moved on. 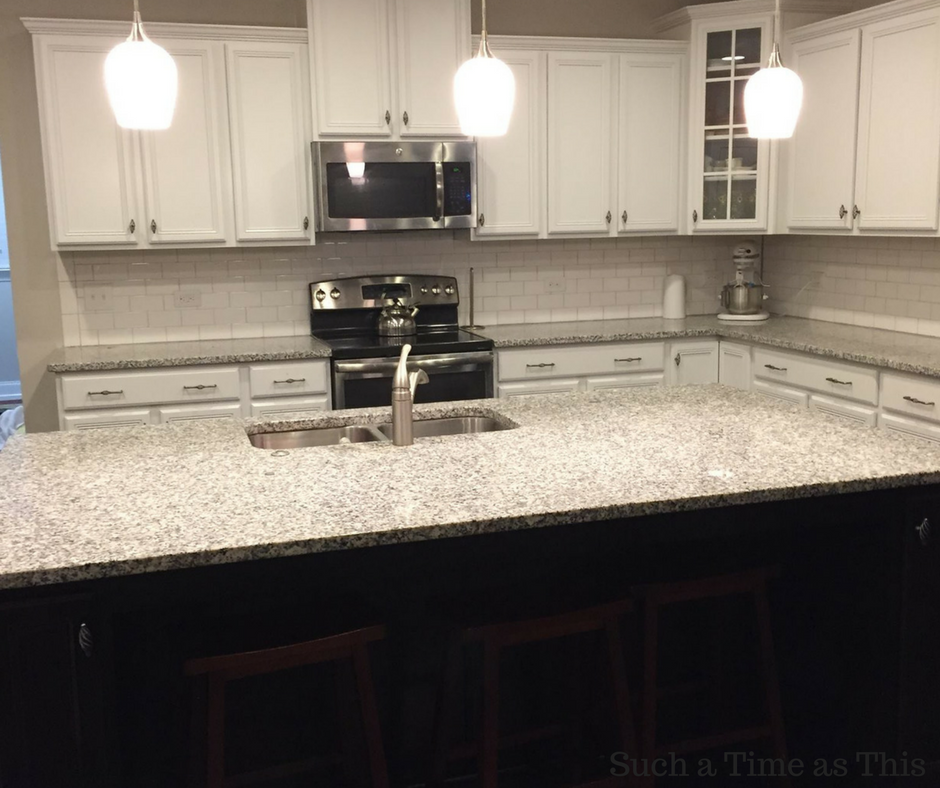 We saw one more that we both liked and would consider and one I absolutely LOVED.

It had a dream kitchen.  It had land (about an acre.)

It was just a gorgeous layout and beautiful property.  Everything had been renovated and updated.

It was at the higher end of our price range, though, and there was no way to make any extra bedrooms in the basement unless we tore out all the beautiful work that had been down down there.

There was also the problem that it was a smaller home than the first house we had seen.  It was at the bottom end of what we wanted sizewise but also had less bedrooms with no option to expand them.

So we left, discussing our top two, essentially our first house and last house of the day.

Stay tuned for Part 3 of Our Big Move tomorrow!  If you missed Part 1 of our series, please read it here.