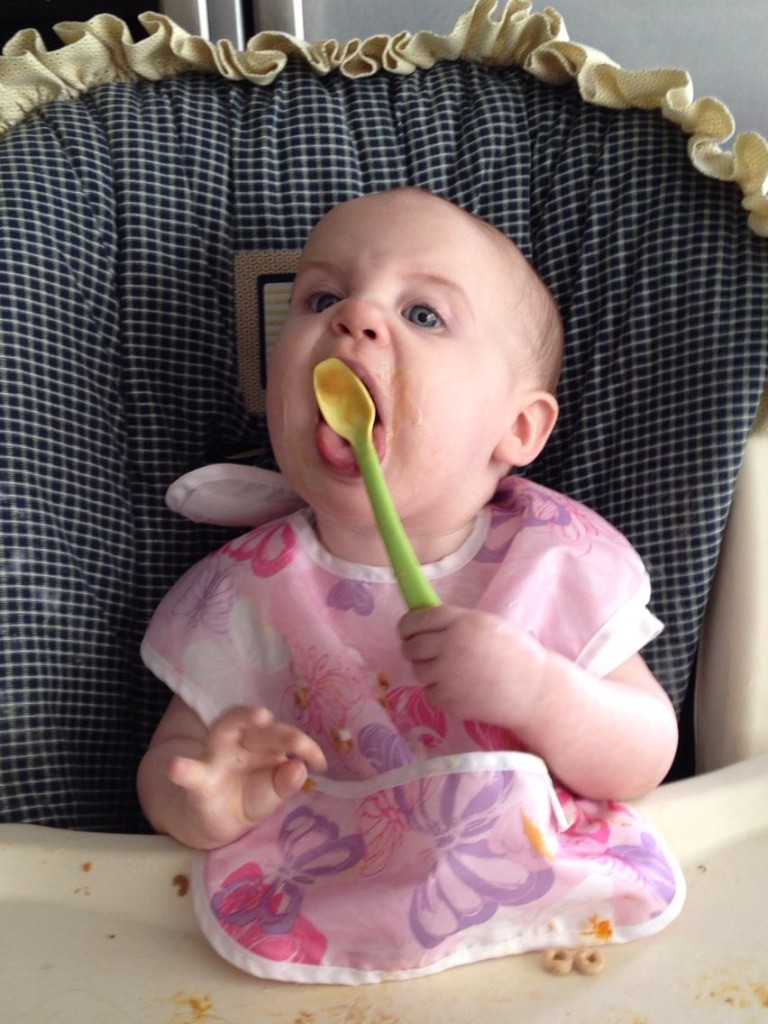 Most moms are thrilled when their baby holds their spoon for the very first time.  Sure they are growing up but it is so exciting to see those babies change into little people.  Or when their little one year old eats their very first “meal”.  How about when they begin getting their own preferences and they tell you what their favorite food is?  These are happy beginnings.  Blessed milestones.  My oldest son has autism and other special needs including sensory processing disorder.  He was a wonderful eater as a baby and toddler.  I remember the thrill of beginning to feed him mashed sweet potatoes or his very first spoonful of butternut squash.  I always believed my children would be healthy eaters.  I shopped organic and bought healthy little snacks and tons of fruits and veggies for him.  I bought a baby book on how to make my own baby food and cooked, steamed, smashed, and blended all of his food into little ice cube trays and cups.  I knew that I would never deal with picky eating because I would model healthy eating for him… and he did eat anything I made for him.  All fresh fruit. Veggies.  Meat, eggs, breads, milk, feta cheese, broccoli – I mean just about everything.  Until that changed. In the months before he turned two years old he started gagging at certain meals.  He would proceed to vomit at the dinner table.  Sometimes in restaurants.  Sometimes when we were guests at other people’s homes.  This happened repeatedly but at first no cause was found. 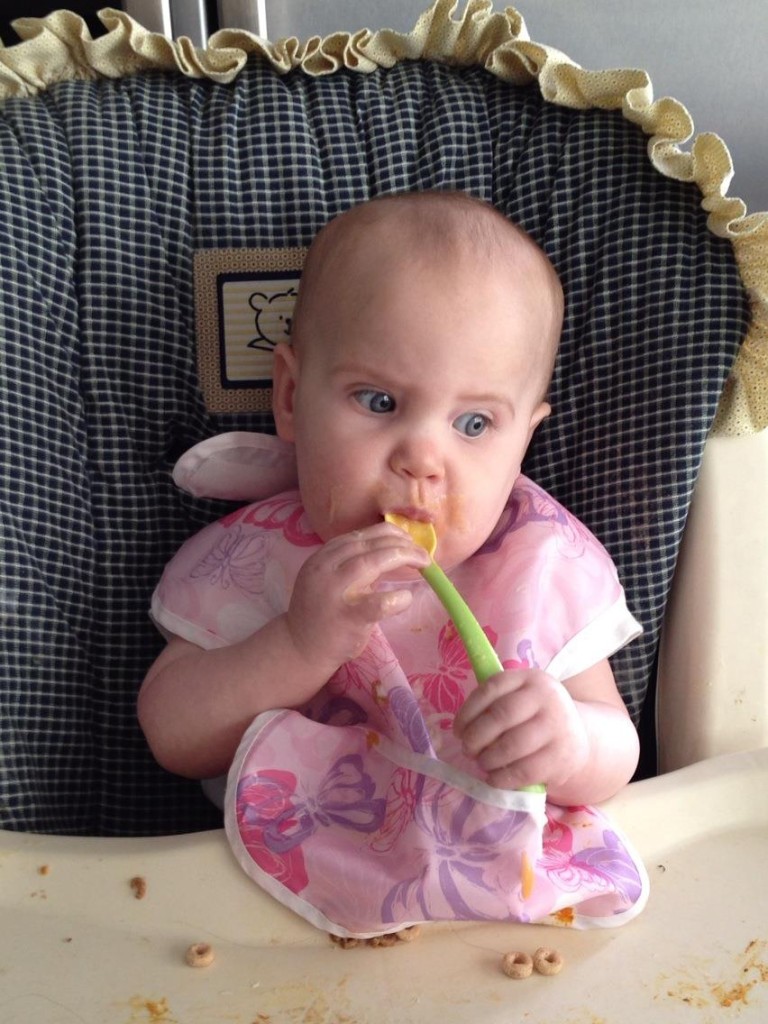 We gradually changed his diet to the foods in which he *could* eat.  Within months he became super picky.  He would only eat a handful of foods including chicken nuggets, goldfish crackers, pretzels, milk and cheese.  So many foods he once loved and enjoyed dimmed in the background.  Now his obsession with crunchy food and milk products grew as his sensory processing disorder took over.  About that time we found out he had some mild food allergies and sensitivities.  As the years went on we found out his allergies had grown.  He had many issues with his gut and later skin reactions, allergic shiners under his eyes, constant diarrhea.  My son went through a series of tests when we finally found out what we were dealing with.  His diet needed to be restricted once again in order for him to fight off and eventually heal from many of these allergies.  At times my son was shamed by others for not eating a healthier diet.  I, too, felt the weight of guilt for somehow allowing my son to eat what I knew he could for fear of going through more gagging, more meltdowns, more refusals.  I’m sure our story sounds much like yours or perhaps similar to a friend or relative’s child.  So many kids on the spectrum deal with food sensitivities, allergies, intolerances and at times simply “picky eating”.  The picky eating is not just stubbornness that needs stricter parenting, more rules, or just a “wait it out” mentality.  It most likely stems from Sensory Processing Disorder which effects how they use their muscles to swallow and chew and how food feels and tastes to them.  About 18 months ago, I spoke with his ABA therapist about including a food therapy program in his routine.  They not only agreed but completely helped me revolutionize the way A thinks about food. 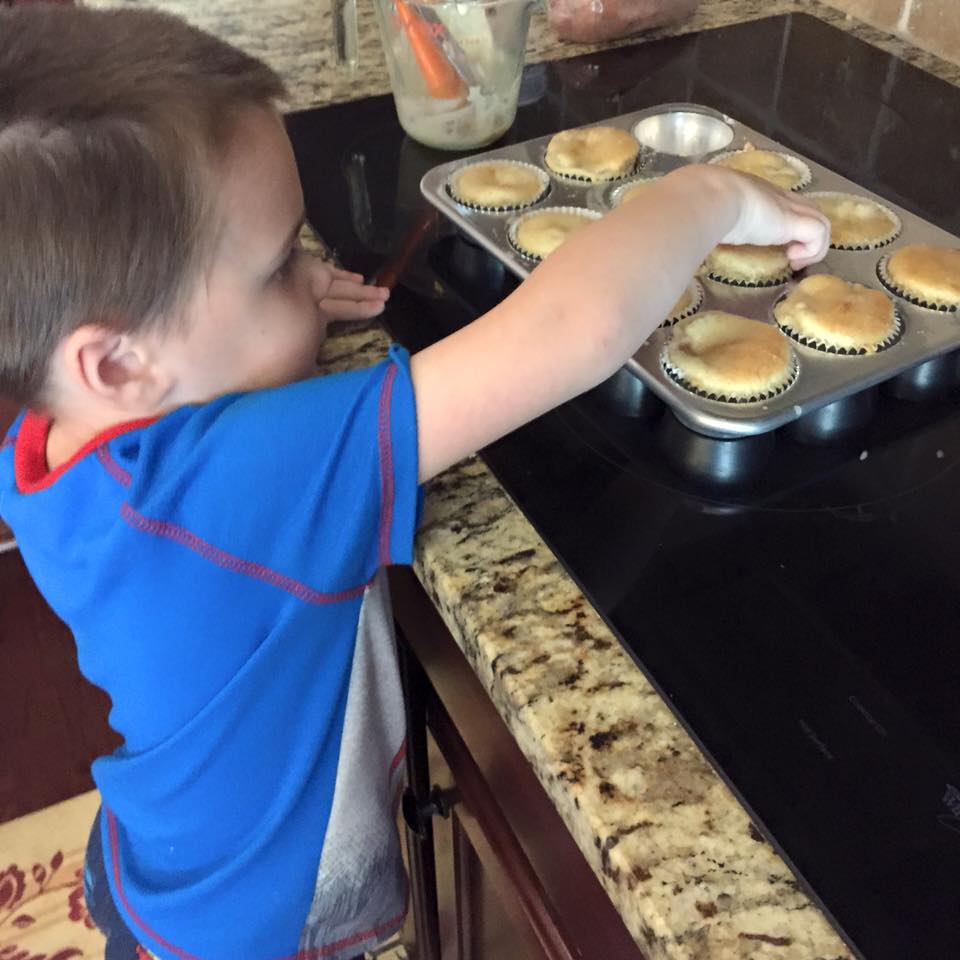 What we did for my son may or may not work for your child – depending on his or her stage of development and age.  There is hope, though, even if you are just beginning to walk this road.  Please speak with a Speech-Language Pathologist (therapist who deals with not only speech disorders but also feeding/swallowing disorders as well). He was around 10 or 11 when we started this.  The therapists and I picked one new food a week to focus on getting him to try.  Trying included touching it to his lips, tongue, taking a small bite, taking a bigger bite, eating a small sampling, eating it while incorporated into an actual meal.  We worked on waking up his mouth with brushing his inner cheeks.  He practiced biting more with his back teeth.  He need exposure to food that he was uncomfortable with being in the back of his mouth.  This was extremely hard for him.  Our therapists made sure we knew that this was ok.  He needed practice.  With exposure he would make it through this.  He tried more food than he had eaten in years.  Usually we followed the “a bite of his choice and then a bite of our choice of food” model.  Sometimes even different rewards other than food (think playing games while trying a new snack).

At some point during this new form of therapy, we also created a food chart.  It consisted of fruit/veg/protein/grain.  It was made with printed pictures that were laminated and had velcro on the back.  Every morning it was A’s job to pick wise choices for breakfast based on what pictures he saw listed on the side.  This trick works because it left the choice of which food he was going to eat in his hands.  Giving the child the power works beautifully here.  It becomes less a battle of wills, but of his own will and his own choice.  We talked to A about how our bodies need certain nutrients to grow.  We taught him the different vitamins and minerals that are important to ingest.  We spoke of what protein does and what grains do.  After weeks and maybe months of us discussing this with A, he started to make decisions on his own without the use of the food chart.  We sometimes still remind him that he needs to try the meat with dinner because meat has protein or that milk has calcium to make our bones strong.

You can only imagine my enthusiasm when this boy can go to a cookout or to our family Bible study and make healthy decisions about dinner without a meltdown.  When he chose to eat the chicken leg or sliced cucumber I almost cried.  He recently tried fried fish for the very first time at a friend’s house.  He told me it was yummy and he wanted to try it again.  He now eats a much longer list of food including: carrots, peas, corn, cucumbers, celery, broccoli, green beans, watermelon, apples, pears, peaches, oranges, cherries, grapes, all kinds of berries, fresh cooked chicken, chicken nuggets, hamburgers, organic hotdogs & cold cut meat (nitrate-free),  fried fish, scrambled eggs, hard boiled eggs, cheese, yogurt, milk, and juice.  He still doesn’t like food to be mixed up on the plate.  He still needs a low key environment.  We don’t push.  We only encourage.  He has come so very far from the days of eating about 4 foods total with meltdowns and gagging.  My only wish is that we would have started food therapy at a much younger age.  He has been in speech therapy since he was 2 years old and feeding therapy was never once mentioned as a possibility or an option.  He has a lot of issues with speech and muscle control in his mouth and throat area.  With more deliberate work in that area he might have come further so long ago. 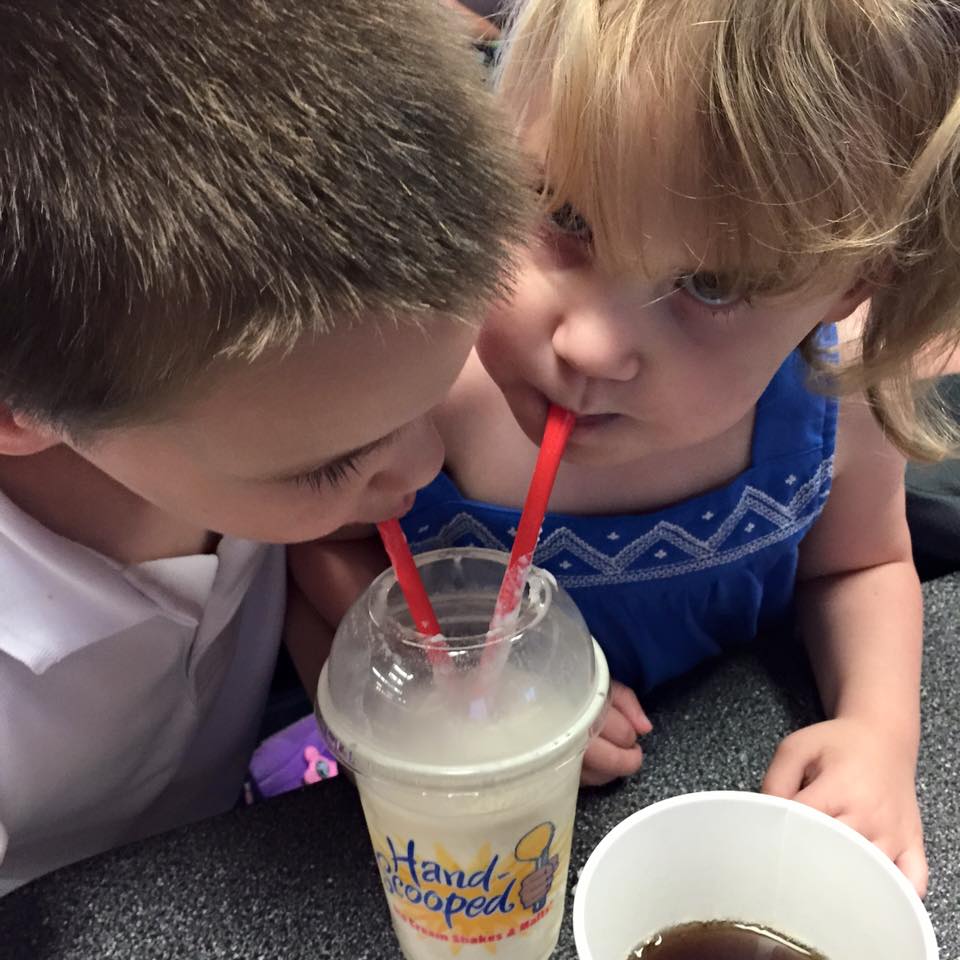 If it is your friend whose son or daughter is a picky eater, please have compassion on them.  You never know until you walk that same road what it is like.  Some of my other children have gone through short “picky” phases at age 2 or 3 years old.  I have never again faced the obsessions or avoidance which A and our family faced as a result of autism. 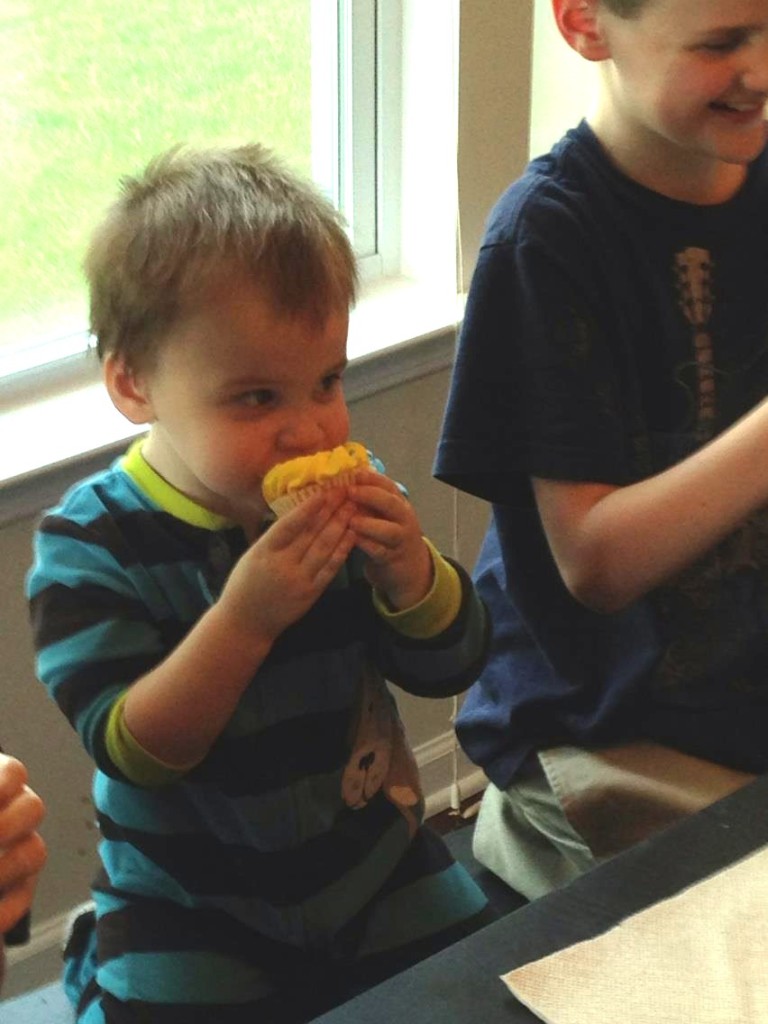 If your child has sensory processing disorder or is on the spectrum – believe me, I get it.  If they eat like a picky little bird, know that I’ve been there too.  You are NOT a bad mom.  You are doing your best.  It took a trained therapist to make a break through with our child.  I am thankful for how far our son has come but don’t for a second think that it was easy.  To me, this breakthrough felt no short of a miracle.  Changing habits is a scary and steep road.  Sometimes it feels like you won’t make it to the end, but with the right tools it isn’t as hard as walking into this challenge with no one to guide you.  We need all the tools and resources we can get our hands on.  If you are avoiding going out to eat or sharing a meal with friends, if you are facing unkind stares or fears of rude remarks, you need to pause today and realize that this won’t be forever.  But if this is you, call your SLP (or find one) or your ABA therapist and ask about feeding therapy. 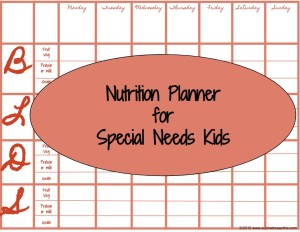 I’ve attached a form to fill in for your child.  This is to help you organize your own feeding therapy program.  Enjoy!  Please feel free to leave a comment below about your experience with special diets, picky eating, SPD and autism.

Into the Lion’s Den {The Story of Kent Brantly, God, and Us}
Dear Daughters {On our 15th Anniversary}