Therefore, I urge you, brothers and sisters, in view of God’s mercy, to offer your bodies as a living sacrifice, holy and pleasing to God–this is your true and proper worship. Romans 12:1 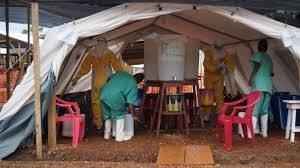 God’s Calling On Your Life

It was a hot sticky July morning the day I first heard his name.  Kent Brantly was a missionary in Liberia.  He had lived there for about 10 months when he became infected with one of the worst viruses known to mankind.  Little did he know, when he accepted the call to be a medical missionary in west Africa, that he would be swept up in the worst outbreak of Ebola that the world has ever seen.  He moved to Liberia months before the outbreak even began.  He had no way of knowing what was in store for him as he made the journey across oceans and continents. He chose to stay, however, even once he knew the risk.  He would not back away from what he knew God had called him to.

This story hit me very hard.  Here we have a doctor who probably could live a pretty comfortable life in the USA. He decided to take his wife and two small children and leave the comforts of home to live in a country with much different living conditions than what he had known.  When danger arose, he wouldn’t flee, even when he had a chance to leave.  He stayed.  He knew the risks but he stayed anyway.

Later that hot July night I was driving in the car and a song started to play on the radio.  It was a song I had not heard before, but forever it would be the song ingrained in my mind connected with this Ebola outbreak and this man’s perseverance and faith.

As the music began the words hit me:

I paused to listen, my ears tuning to the lyrics of this song.  The words forming pictures in my mind.  The song and story go hand and hand.  It put words to what I was feeling about this tragedy.

For days and weeks after I first learned of Kent Brantly and another missionary, Nancy Writebol, who worked alongside him, I prayed for them when I heard that song play.  Their story gripped me.  Kent had only seen one of the patients that he had treated survive this deadly disease.  It was a hopeless and dire situation.  Kent wrote about telling his wife that he had contracted Ebola in an article for Time Magazine, “Though the rest of my family wept, I felt strangely at peace. God blessed me with that peace that surpasses understanding. Since we had started treating patients with Ebola in Monrovia, we had only had one survivor. I had watched too many people die from this disease. Amber and I were both at the disadvantage of knowing how this illness ends.” 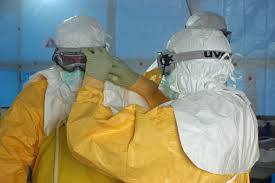 Nine days later, they were given an anti-viral medication that had never been tested on humans.  This experimental drug, otherwise known as ZMapp, had only been previously tested on 18 monkeys.  The control monkeys died within 8 days.  The monkeys that received the drug survived.  Each monkey received a total of 3 doses, 3 days apart.  Kent and Nancy received one dose of this drug total.  Later on, 2 more people, who were also infected with this despicable disease, later died after taking this same drug.  This was a time of living the unknown.  There was truly no way to tell what might happen as they suffered and as so many prayed.

Kent and Nancy were both flown to a hospital in the US and they eventually made progress.  They both survived.  Kent not only made a full recovery but then proceeded to donate his blood plasma to three other patients who later came to the USA inflicted with Ebola.  That’s not all, Kent also was able to share his faith in Jesus on national TV as a result of this ordeal.  He was interviewed on September 5th by Matt Lauer of NBC News. 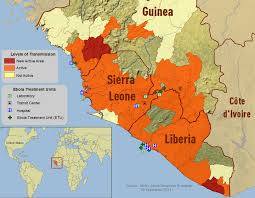 We might ask why he would risk his life in this way.  Some say why not do missions only in America and not risk his life and his family in Africa.  Ann Coulter wrote a scathing post about this on her blog.   Many may ask why God wouldn’t protect him from becoming sick in the first place.  I would like to propose a different question.  I would ask what is your role in God’s design?  What is God calling you to? What are you going to do once you find out?   Are you going to run or are you going to surrender?

It dawned on me as I watched the news coverage and read articles pertaining to this story how amazing this truly was.  This man essentially sacrificed his own life for those of others.  But not only for the lives of others, for their souls as well.  As he shared the message of the cross with those from west Africa, the message of the Gospel got aired all over the west as well.  Those of us who are not afraid of meeting deadly viruses in which we don’t have the medicine to cure, who are not afraid of being so poor we don’t know where our next meal will come from, those of us who have never had our family torn apart by wars which ravaged our land – we need to hear the Gospel, too.  In some ways we might be harder to reach.  We might need to be gripped by the voice of the news and social media before we will listen.  And that is just what happened.  Him risking his very life – giving it back to God in an act of obedience and sacrifice is a thing of beauty.  It reminds me of what Paul writes in Romans 12:1 “Therefore, I urge you, brothers and sisters, in view of God’s mercy, to offer your bodies as a living sacrifice, holy and pleasing to God–this is your true and proper worship.”

Maybe God is calling you to be a missionary, too.  Maybe you have resisted.  Maybe He is calling you to have another child.  Maybe you are scared.  Perhaps to homeschool.  You are worried.  Maybe he is calling you to adopt an orphan.  It seems like too far a reach.  Perhaps to help the poor or the homeless in your city.  Or the women’s shelter or crisis pregnancy center.  These things may seem too much.  A step too far.  They are too scary.  Perhaps we feel that what we do won’t make a difference anyway. God has given us reminders in many, many books of the Bible.  We are not to live for ourselves.  We are not to live to keep us safe, healthy, and rich.  We are to share, to sacrifice, to give.  There are multiple verses about helping the poor, the widow, the oppressed, the homeless, the orphan – sharing what we have with them.  We ARE called to love them and not from a place of pious obligation or a legalistic spirit, but out of a place of true worship.  Knowing what God has called us to – to follow Him.

“Feed the hungry,
and help those in trouble.
Then your light will shine out from the darkness,
and the darkness around you will be as bright as noon.” Isaiah 58:10

I encourage you to take the advice found in James 1:22, “Do not merely listen to the word, and so deceive yourselves. Do what it says.” Sometimes, we over here in North America long for our quiet, safe lives.  We don’t want to risk anything because risk equals loss.  Risk takes courage in the face of the unknown.  We long for our shelter, for our life.  But, the needs are great in our world.  This reminds me of a verse from Luke 10: “The harvest is great, but the workers are few.  So pray to The Lord who is in charge of the harvest; ask him to send more workers into his fields.”  These were Jesus’s words.  We must pray for more workers.  If we are believers, we should all be workers and we should pray for more and more to step up and act. 1 John 3:17 says, “If someone has enough money to live well and sees a brother or sister in need but shows no compassion–how can God’s love be in that person?”  If we say we are a believer, a follower but we sit on the sidelines, what does that say about our life?  James 2:15-17 says, “Suppose a brother or a sister is without clothes and daily food. If one of you says to them, “Go in peace; keep warm and well fed,” but does nothing about their physical needs, what good is it? In the same way, faith by itself, if it is not accompanied by action, is dead.”

Not everything we do, as followers of Jesus, will look like Kent Brantley. Some “callings” might make the evening news.  Some may be written about in books for years to come.  While others might be private, small steps that you don’t even acknowledge as a call from God.  They may seem mundane to others and all the while God is using you.  The important thing is that we don’t back down in fear when God speaks.  We rise up.  We live to glorify Him.

I think of the story of Daniel in the Old Testament.  Daniel would not bow down and pray to any other God even though there was a law that would put him to death if he did not.  He could have hid and he could have backed down.  He could have thought that God would forgive him for giving in – it meant life or death after all.  He would be put to death if he didn’t obey the law of the land and pray to their idol.  He did what he knew was the only right thing, he continued to pray and worship God.  He was then thrown into a den of lions which was then sealed with a large stone.  That is not the end of the story.  God saved him and closed the mouths of the lions.  When the king saw that he had survived, he then issued a decree that the Lord God of Daniel was the true and living God. He said,

“For he is the living God
and he endures forever;
his kingdom will not be destroyed,
his dominion will never end.
He rescues and he saves;
he performs signs and wonders
in the heavens and on the earth.
He has rescued Daniel
from the power of the lions.” Daniel 6:26-27

Had Daniel run away and hid, or followed the order to stop praying to God, King Darius would never have seen the power of God.  God was known and glorified through this story of an Old Testament Prophet and he was known and glorified through the story of this modern-day missionary.  What are you going to do today?  Has God called you into something – something you are slowly but surely backing away from out of fear?  Making excuses and justifications for your actions or your lack of actions?  Think again before you walk that road.  “For God has not given us a spirit of timidity, but of power and love and discipline.” 2 Timothy 1:7 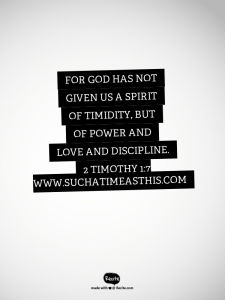 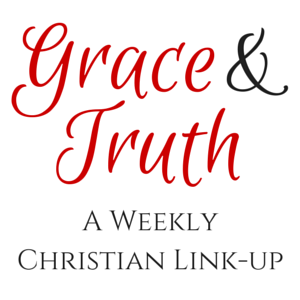