Most of us have heard the phrase, “The Lord Works in Mysterious Ways,” but never has it been so poignant until now.  You see, last Sunday, I opened up my e-mail inbox to find an e-mail from one of the Executive Producers of the new docudrama film, “Mully.”  To say I was ecstatic was an understatement. 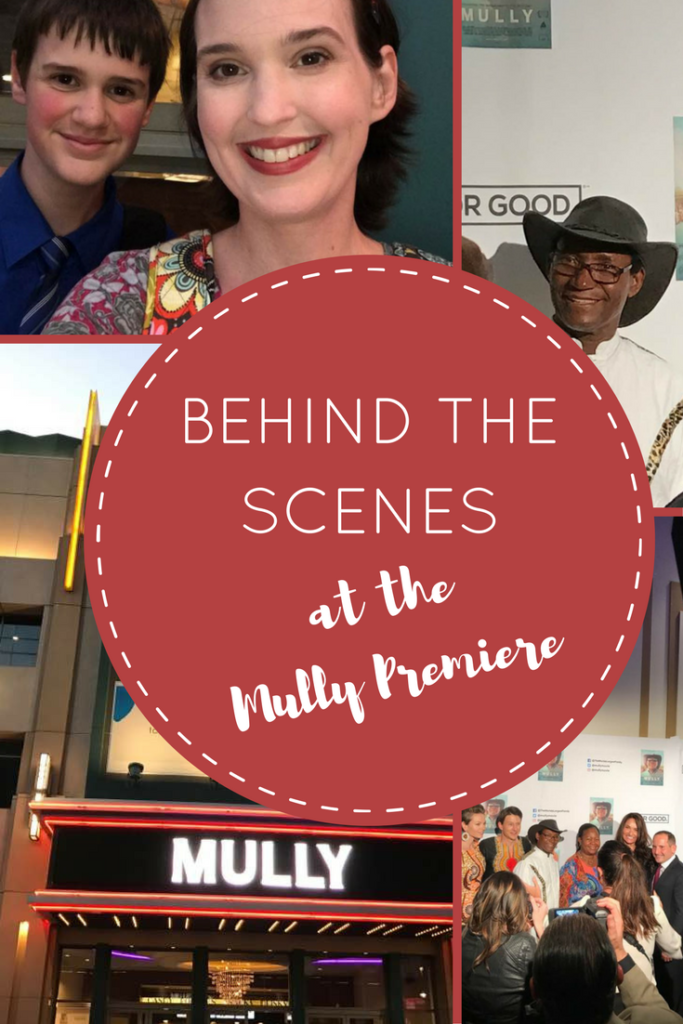 There was an invite to the premier of the show which would include a question and answer time with Dr. Charles Mully & his wife Esther.  I quickly realized that the viewing was in 2 days and what am I thinking, I have 7 children?  As I mentioned this to my husband he emphatically told me I needed to be there and that he would take a day off work to take care of six of the children.  You can take our 12 year old, he said, we’ll get you there first thing Tuesday morning and the red-eye back home so that you will be gone for less than 24 hours. 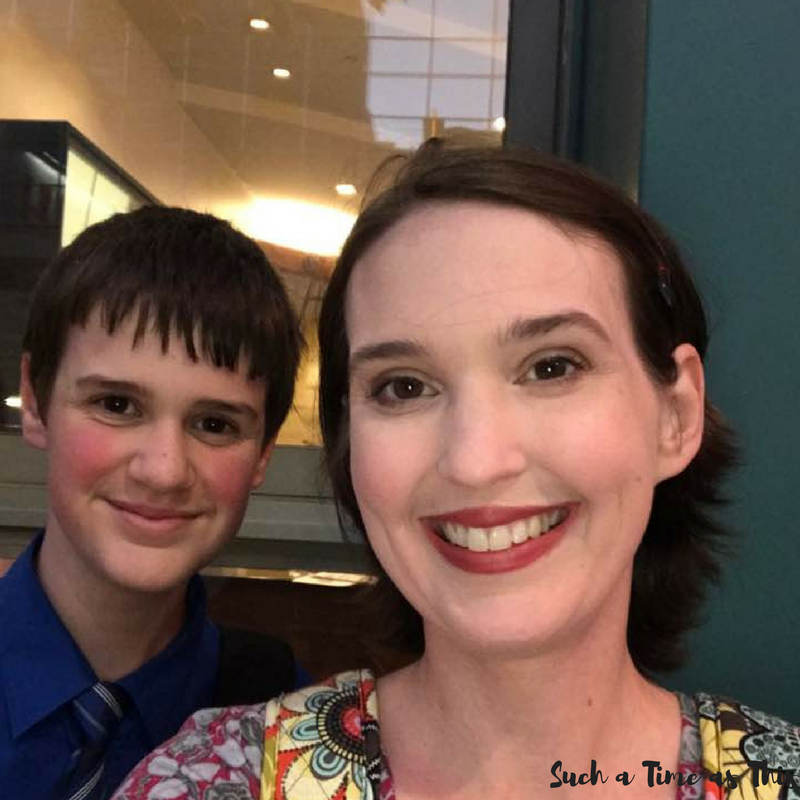 And that is exactly what happened.  If you have been following my Instagram feed, you have seen that some of the pictures I shared of the trip.  It was my first time out to Los Angeles.  We hopped into an Uber that brought us directly downtown and we hung out until it was time to attend the red carpet event at 7 p.m. 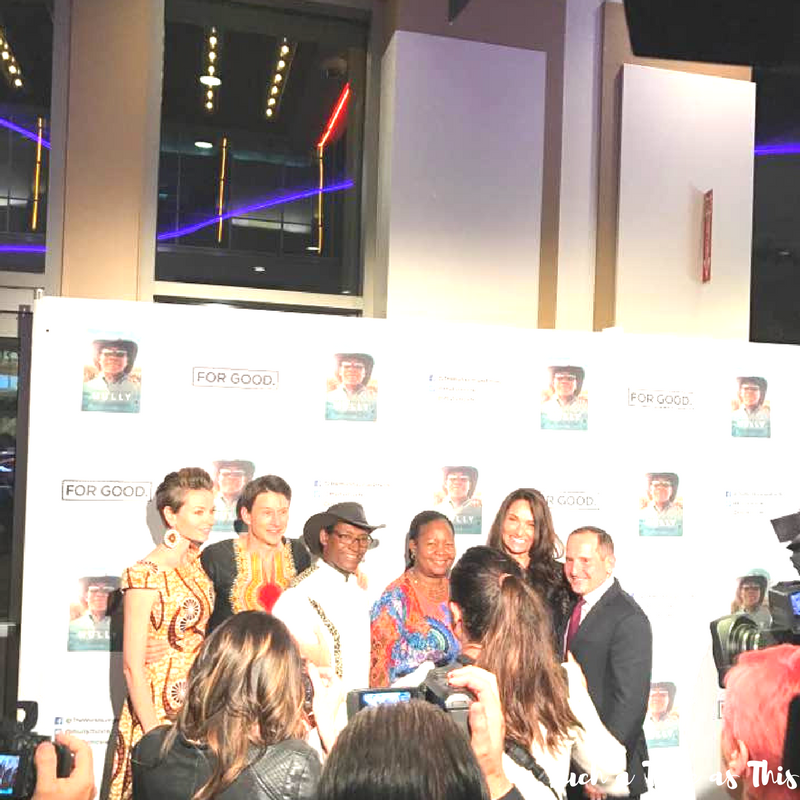 Dr. & Mrs. Mully with the producers of Mully

The press was lining up through the lobby of the theatre, as the people passed out popcorn and free soda.  I tried to make my way up to Charles Mully but saw that he was swarmed by visitors, others who wanted to take a selfie or give him a hug.  So, we waited.  There were interviews and photo ops as the producers and directors were introduced along with Dr. Mully and his wife.  As 8 p.m. drew near, I knew it was time to view the premiere.  I was one of the few people still in the lobby, but alas it was time for Dr. Mully to be escorted into the showing.  I met up with one of the producers who assured me we would have time after the show to take extra pictures.  Little did I know that I would have to quickly head out after the interview time, to make it back to LAX to hop on a red-eye back to Chicago. 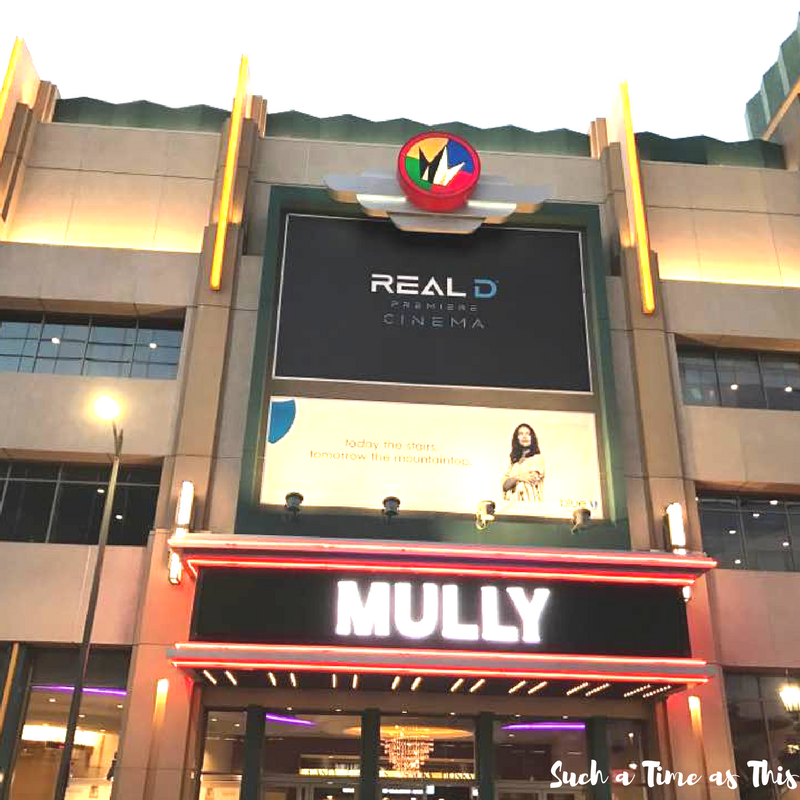 My son and I found our way to our seats and watched the movie through (you guys, this is the fourth time we’ve watched it… I can’t believe how good this movie is).  The theater was packed with both press and guests of the directors and producers.  Afterwards the lights came up the director took center stage.  He talked about why he made this movie … the why and the how.  How he heard of the story of Mully Children’s Family.  I loved what director, Scott Haze said about how we can all be a part of helping and loving.

But it was when Dr. Mully and his wife, Esther, spoke and I realized what a big deal this all was.  Dr. Mully spoke from his heart and shared his testimony.  He shared how God had spoken to him.  He told of how this idea to save the Kenyan orphans wasn’t just another one of his ideas but it had come directly from his Heavenly Father.

When members of the press stood up and asked what he thought when approached to make the movie – and – how did he know the water was hidden deep under ground (even though there are no other wells in that area) – he didn’t hide from the truth.

He gently shared how The Holy Spirit will speak to us when we ask, we shall receive an answer.  He was honest, not running from the truth.  He told that this was God’s plan and he was part of it.  That he knows that with God ALL things are possible.  He spoke those words at least three times through the interview period.

He told us there were many more miracles that they weren’t able to fit into the movie.  When asked what we can do now, by another member of the press, he told us that there are four things to remember: Faith, Hope, Love, and Humility.  But the greatest of these is Love. 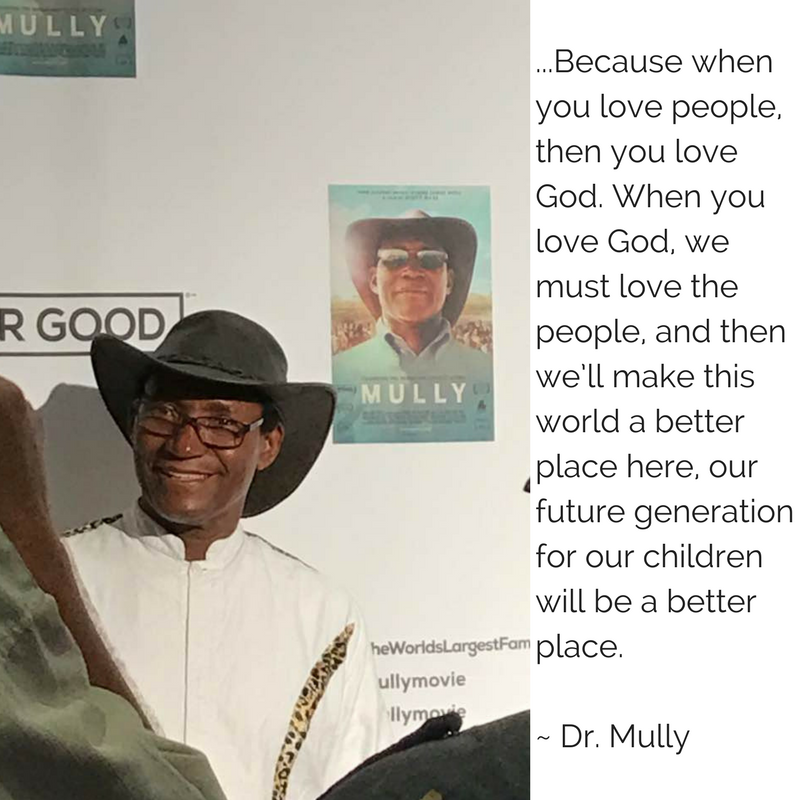 Someone mentioned how big the orphan crisis is and the overwhelming reply from both Dr. Mully and the director was that it always starts with one.  Help one person.  You never know what a difference you will make in that one person’s life.  Don’t stop with one, though, start with one.  Imagine if we all started with one, how many lives could be turned around?

I sat there quiet, humbled, and full of wonder.  I thought, I am like a fly on the wall, surrounded by important people, people whose jobs took them to this place, people who know people and are friends and colleagues.  Somehow I am here.  My 12 year old son is sitting next to me as a witness to this remarkable night.

And I realized that God is doing something big.  He is working even here. This very night in Hollywood.  He is speaking through a once-orphaned boy from Kenya.  He is using him to speak His truth to a large group of Americans.  He is showing me that He can take one man and save thousands upon thousands of orphans.  He gives this one man courage to leave his job, his money, even his home behind and to essentially give up the life he had come to know to serve the poor, the orphans, the widows.  God can use one man to provide for thousands.  What can God do with us?

Yes, Dr. Mully, with God ALL THINGS ARE POSSIBLE.  I know this but yet I am amazed.  I am speechless.  I am realizing that the limits I have put on God are wrong.  These limits they come from the enemy.

And then this happened when I woke up upon landing the following morning.  This verse was on my phone from a Bible app I had previously downloaded.  I love it when God just confirms His truth again and again.  Thank you, Lord, for waking me from my slumber.  Please wake us all to Your truth and Your will. 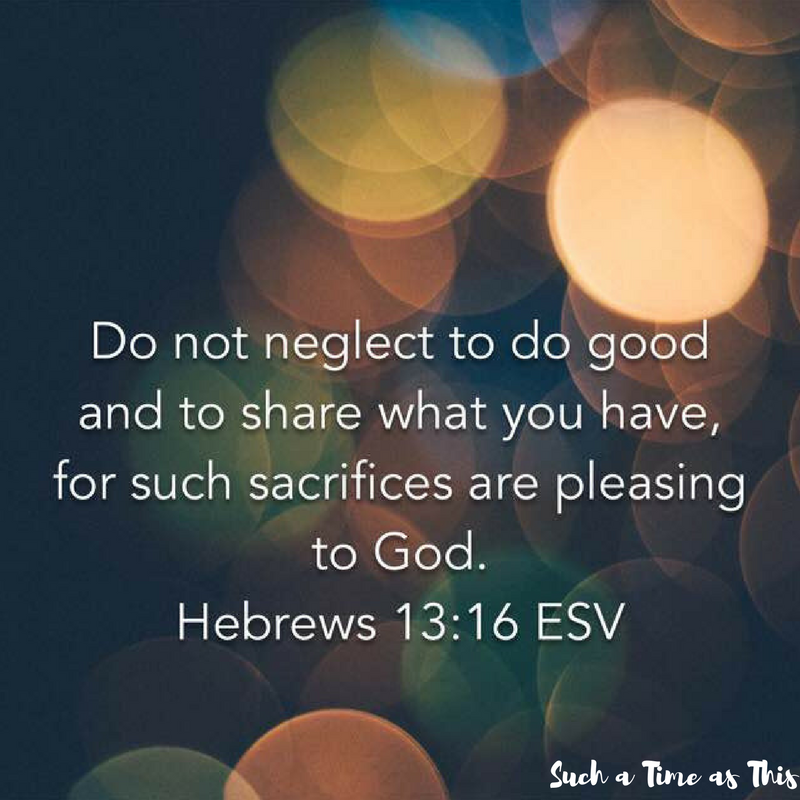 I want to thank Dr. Mully for the interview last week.  Your story has confirmed to me so much of what God has been saying.  Your life has allowed my faith to multiply.  I want to also thank Mully Executive Producers, Paul & Amy Blavin of For Good and Producer, Lukas Behnken for inviting me to the premiere.  It was life-changing.

Please check back next week, as we discuss practical ways that we can show love to others.

My Interview with Dr. Mully

My Interview with Dr. Charles Mully
Study the Bible with Your Kids {Unseen: The Armor of God for Kids Bible Study}