In Response to Shout Your Abortion

A few weeks ago I was heartbroken and startled to read an article, on ScaryMommy, that speaks of the reasons one mama chose abortion.  Her reasons were focused on her difficult decision to choose abortion because her baby had a condition which might mean she would have a challenging life.  The little baby girl might have had to undergo multiple heart surgeries and might have developmental delays, it might have been a life long struggle.

The mom, who is also an OBGYN, chose abortion and then chose to write about it, with warnings to others why late term abortion bans should be put to rest.  She wrote, “Every time I leaned toward termination, I felt I was being selfish. That I was choosing our lives – mine, my husband’s, my son’s – over hers. Every time I thought about continuing the pregnancy, I felt I was being selfish. That I couldn’t go through with termination because I couldn’t cope with the guilt. That she would suffer because I was afraid of my own emotional pain.”  I ached for this mom.  I ached for her tiny little unborn daughter.  The weight this mom must have felt, the burden she carried.  I wanted to reach across the screen and hug her.  I wanted to tell her you will never be selfish for choosing life.  Those decisions shouldn’t be ours to make.  We are our children’s mother.  We are chosen to give life.  We are chosen to love the children we are given.

I was grieving by the end of the blogpost, the loss of her child, the child she would never know.  I was saddened when I saw that with her blog post she chose to underscore how she almost wasn’t able to get that abortion because of her late term status.  If she had found out about her daughter’s condition a day later – if she had waited a moment too long, because of the law, she would not be able to get that abortion.  She states that many tests don’t come back in time and it is our prerogative as women to be able to make these decisions in our own timing.  She chose to encourage other mothers to also find their voice and not feel shame in their choices to end their children’s life.

I wanted to write about this.  I really wanted to but something held me back.  The feelings I felt were those of sorrow for her loss and anger at the idea that she felt that she had no other choice.   I have had many friends lose babies in the last few years.  It was not their choice, the choice of life was taken from them.  This is not something easy for me to think about or to write about.  Emotions mingling, I just couldn’t hit publish.  I am a mother of a child with multiple physical and developmental disabilities and I know the pain and the heartbreak that comes with having a child with a disability.  My thoughts, my choices, my lifestyle just don’t line up with the writer’s.  It saddens me that she felt it would be somehow seen as selfish to keep her child.  This world seems to turn everything upside down.  Although sometimes you really have to look for them, I see examples all around us of men and women who choose life over death.  Who choose love over fears.  Who show selflessness in the face of those who do not.  Take a look at three stories I found…

1.) Not too long ago, I read the story of Ian and Larissa, a couple who fell in love prior to Ian’s car accident and subsequent brain injury.  “Larissa faced a choice: to let go of the man she loved, or to walk with him down a road of certain suffering. She chose the road of suffering. And she chose the road of love.”  Read more here.

2.) Or this father’s journey with his daughter who has Down Syndrome: “And yet, the older Jillian gets, the narrower her world becomes. I see it when the birthday invitations stop coming, the play-dates disappear, the phone no longer rings. She spends a lot of time in her room, listening to music. I wonder how she does at school. I wonder if the kids will stop being gracious. I wonder how often my kid has to eat lunch by herself. I’m buoyed by her spirit but I wonder how much she doesn’t say. He wrote a book about being a dad to his daughter, “An Uncomplicated Life: A Father’s Memoir of His Exceptional Daughter.”  Read more here.

3.) Or this woman who chose life even in the midst of a hard situation.  She was so close to choosing abortion, she tells the beautiful story of giving birth to her daughter, instead. Read more here.

In my case, I know the bad days and the good.  I know the change that has been brought in my life as a result of having a child with disability.  It’s not always easy but it is edifying.  And so I live a humble life of ups and downs of hopes and fears.  Through all of this, each week we have good days and bad, but in the end I believe I have learned more from my son than he from me. 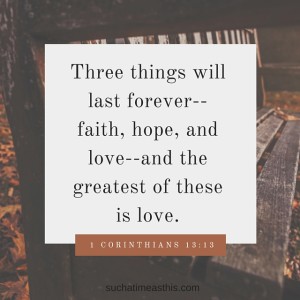 And then today.  Today, I open up Facebook and I see the trending news.  I see the hashtag that has been circulating.  It reads #shoutyourabortion.  The hashtag is added to dozens, hundreds of tweets and status updates about why their abortion was good.

These women are tweeting the reasons and the fact that they are proud they had an abortion.  I freeze.  I can’t fathom the madness that has overtaken our nation.  I felt it weeks ago when I read the other blog post.  I felt the rise of the wave.  The culture clash.  The time was near.  And then today.  The rejoicing.  The celebrations.  The seemingly endless tweets of one woman who writes she is happy she had an abortion.  If it makes you happy, it can’t be bad, right?

I see others who tweet the years of their abortions one in 2010 another in 2007 … and my mind immediately recognizes those as the years of my third and fourth babies’ birthdates.  I feel sadness wash over me.  Then I think of these women’s losses.  I’m sad that somehow they have become so deceived that they don’t even recognize what they’ve lost. 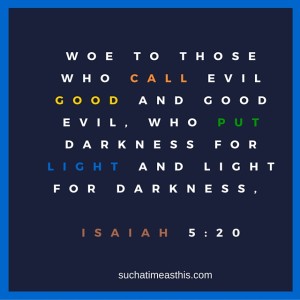 I’m sad that in our culture, we will sacrifice our children in order to obtain the elusive all-mighty happiness.  We will die chasing that rabbit down the hole.  I’m saddened that this is the state of our country, as it seems we are a rapidly evolving people.  I’m scared of what we are evolving into.  Where does this lead?  Where does this end?  There was a time when abortion was looked at as something that should be “safe, legal, and rare” as Hiliary Clinton has said. Source

This is not the position of many anymore.
In this darkened state of our nation, I want to reach out and encourage you to share your trials, your hardships and your testimonies.  Spread truth.  Spread love.  Spread Hope. Or maybe you should hashtag it: #ShoutYourHope and start a revolution.

My Top Link Up Parties
Ginger Pye (A Review plus Linkup)