Can Do Cubes Review 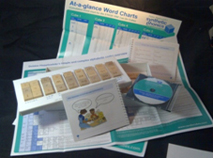 I wrote recently about how my 5 year old son has started phonics lessons with Jolly Phonics.  There is one more component that we started using shortly after we began our first few lessons.  They are little wooden blocks which house all the letters and sounds of our alphabet to be used with synthetic phonics.  My son loves practicing his spelling and phonics with Can Do Cubes from jollyliteracy.com.

Can Do Cubes from jollyliteracy.com and just2ducks LLC have been so much fun to incorporate into our Kindergartener’s early language learning.  When we first opened the package, I noticed a few things right away.  These are well constructed blocks.  They are laser engraved.  The letters can’t peel or rub off.  I also saw how well organized these are.  This is a well thought out system for a multi-sensory approach to learning phonics and spelling.  These are manipulative that are organized in a very systematic way.  This same order goes right along with the order of phonics sounds found in our Jolly Phonics workbook.  The top part of the box is called Stage 1 and the bottom section is Stage 2.  We haven’t gotten to the second stage yet, with our son. 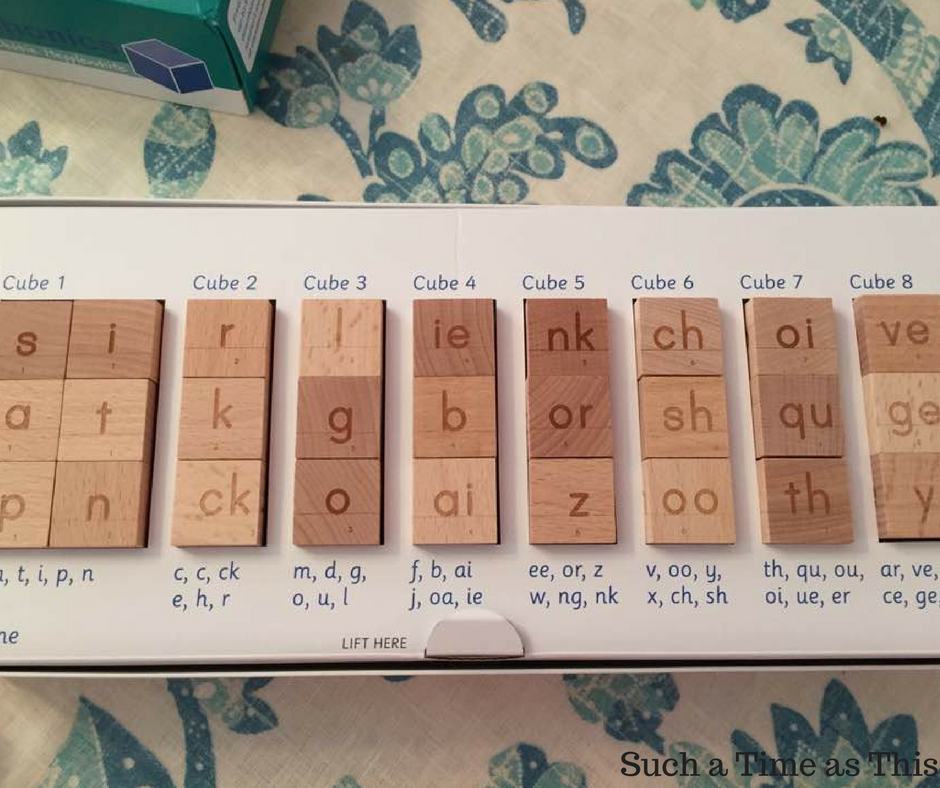 The Can Do Cubes package was filled with all kinds of extras, too, underneath the blocks.  There are two DVDs and several posters which explain our English language and the sounds of the alphabet.  One of the DVD shows how to use these blocks with your child.  There are two small spiral bound books which gives helpful advice on teaching both stage 1 and stage 2.  There are pre-reading activities and early reading activities you can do at home with your child.  They list ideas for both decoding practice and encoding (spelling) practice.  The alphabetic code is listed in the book, as well, as a reference tool for the parent. They even include a pronunciation chart in the back of the stage 1 book!  This is so handy because some of the spellings have multiple sounds and some are hard to remember. 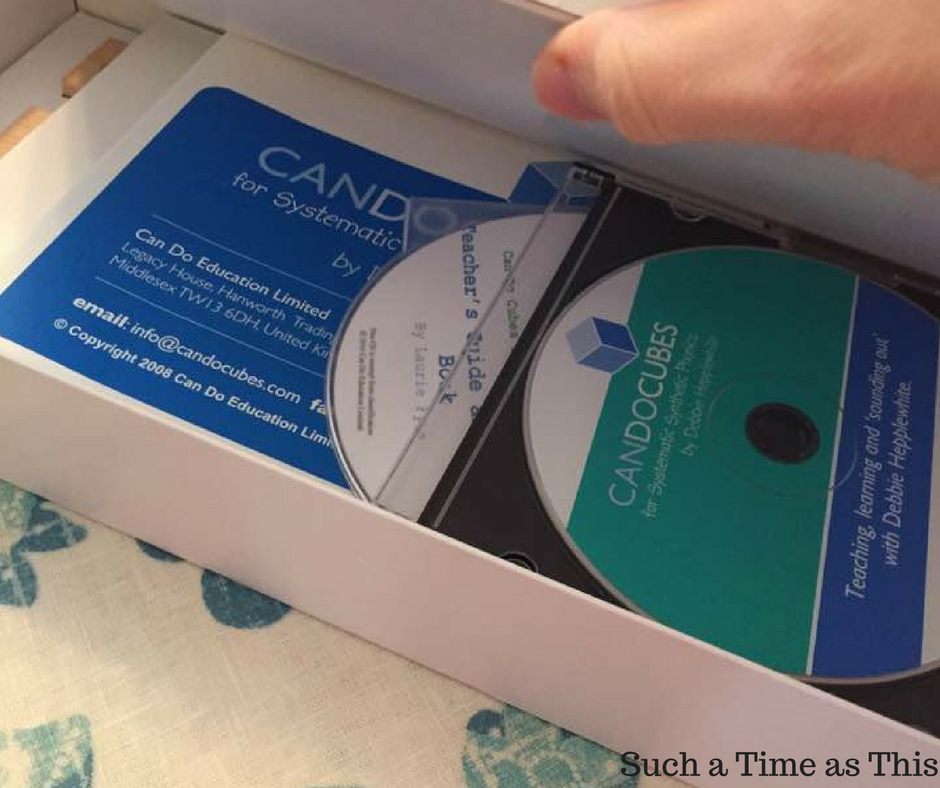 Stage 2 focuses on vowel combinations which make the same sound.  For instance it might focus on ai, ay, a-e which all make the long A sound.  Stage 2 is a little more complex but I’m so excited to get to that point with Little Guy.

There are several posters also in the bottom of the box.  One poster, in particular, I was very impressed with.  My older son, age 11, has dyslexia, and for years has struggled with learning not the sounds but all the ways to spell those sounds.  It is confusing to him because he hasn’t been able to memorize them.  I love how simply it is all written out on the over-sized poster. 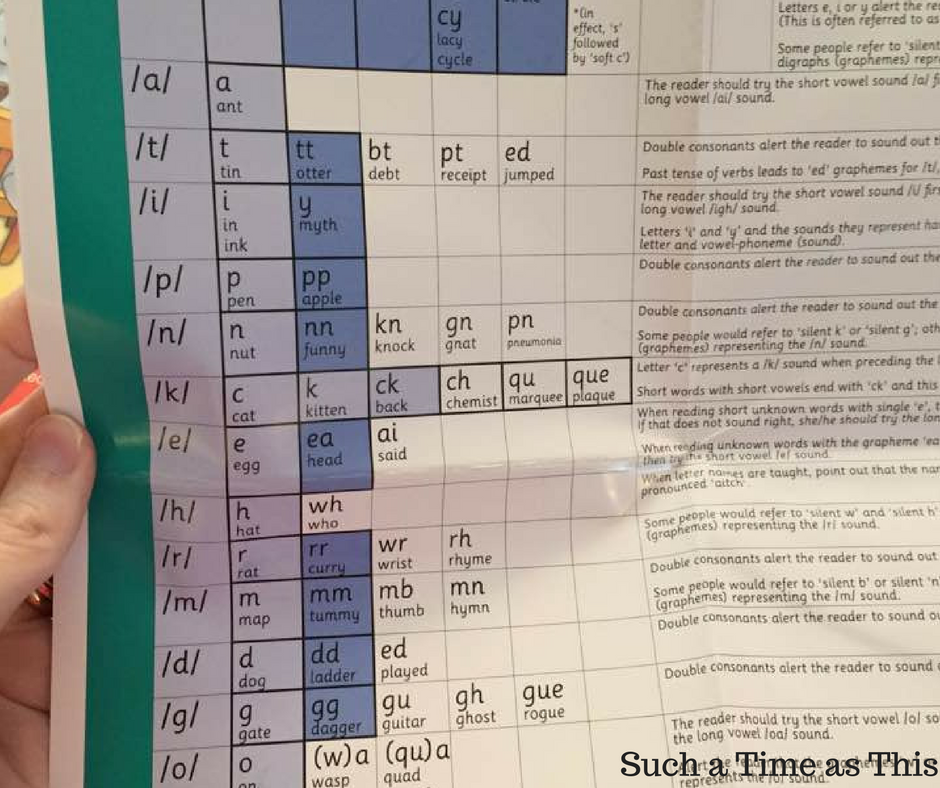 My little guy is loving using the blocks for blending practice.  Part of our routine is to blend four or five words at the end of every lesson.  Now, we use these blocks to do this.  It is great that he can physically manipulate the letters and move them around.  In stead of just pointing at the letter sound he is making, he can move it closer or further away. 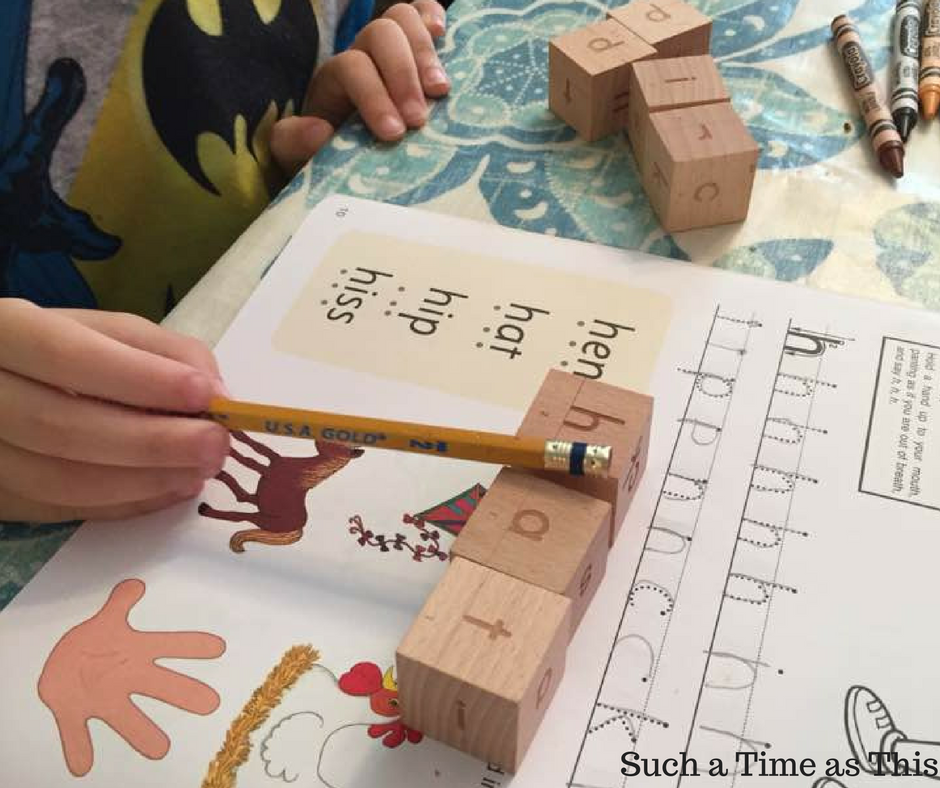 In addition to blending practice, as your child (and mine) progresses further into phonics, these blocks can be used as a fun game of spelling words that are spoken.  For instance, saying a simple CVC word and having your child use the blocks to sound out how to spell the word.  This works better for most young kids because their fine motor skills aren’t well developed yet, and spelling them through writing simply is another step in the process that might impede them from spelling the words out well.  This allows you to just focus on sounds and not the shape of the letters or the use of pencil! 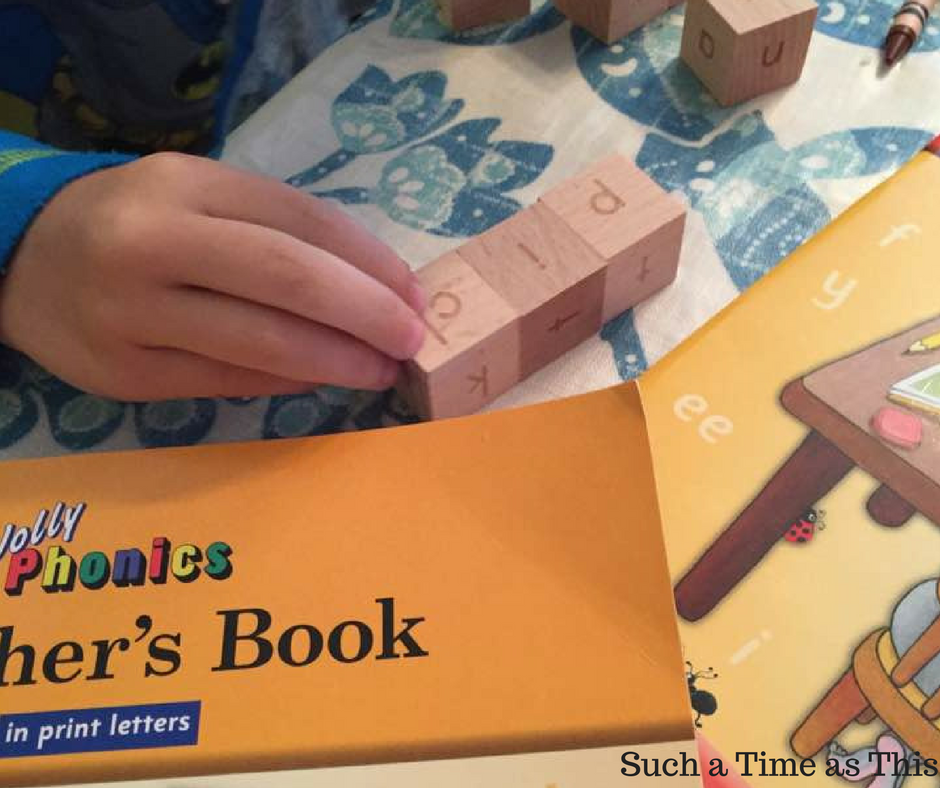 These blocks focus on allowing the child to learn the alphabetic code and then use that skill to move on to the next step which would be blending the sounds together.  Eventually, it would even allow them to learn how to spell words.  I’ve gone through so many phonics programs because our older sons have some learning disabilities.  So many of those ended in tears with one of our son, who struggles with dyslexia.  I have breathed a sigh of relief as I’ve seen this program unfold for our five year old.  I feel like this one is a beautifully simplistic system that really works and is fun for the child! 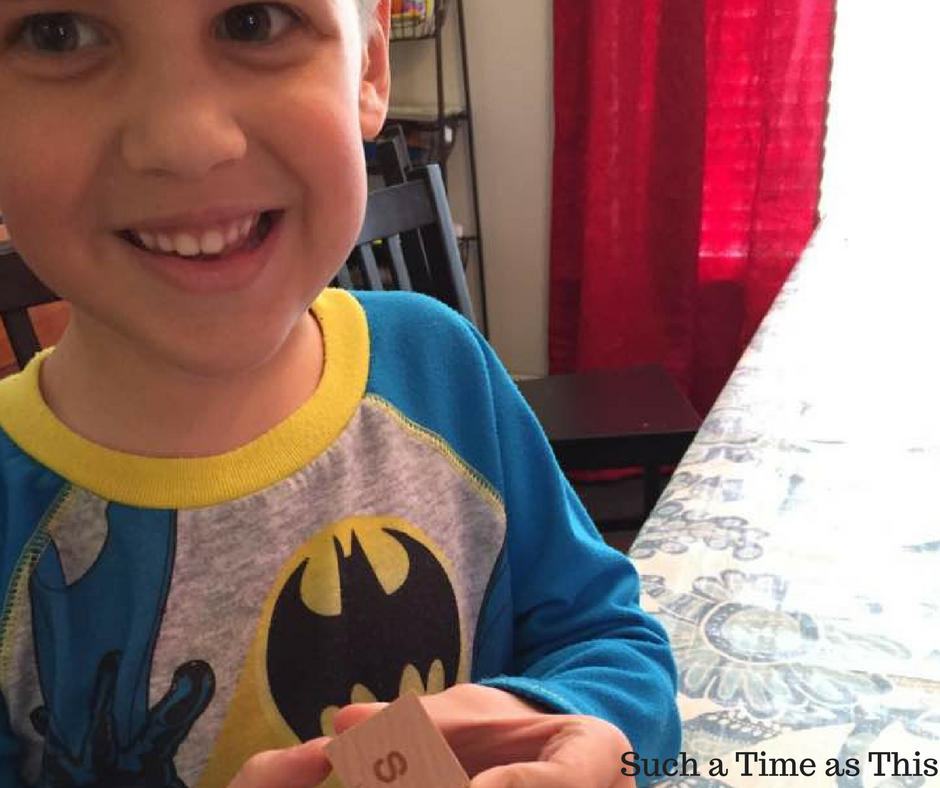